Kangaroo Island Oats was founded by two master mariners with a passion for sharing exceptional high quality oats from the pristine region of Kangaroo Island.

Located in the southern ocean off the coast of South Australia, Kangaroo Island has an international reputation for producing some of the world’s finest gourmet foods and is home to a passionate community of food lovers living in a region known for its artisan products. Kangaroo Island Oats is no exception.

The pure uniqueness of this remote coastal landscape enhances the exceptional quality, creating a delicious and nourishing addition to your day.

Our grains are sustainably produced with a natural approach so that our children and our children’s children will enjoy the stunning region of Kangaroo Island for many years to come. Our pride of place shines through with every mouthful of oats grown in this clean and green environment.

Our vision is to share a wholesome bowl of oats with the world.

Kangaroo Island Oats is a family oriented business who live and breathe what we do. We are a values driven, people focused business genuinely striving to give back to the community through nutritious, wholesome food.

We are dedicated to bringing the right people and partners along on our journey — suppliers, farmers, packers, retailers and others who share and believe in our values as we distribute our product worldwide.

With perseverance and a humble attitude, we’re always learning and growing, working towards our vision and our ideology of having a positive and worthy impact without compromising a single grain of integrity.

We’re Steve and Jeremy. Many years ago, we met on a ship when we were both starting out in the maritime industry. We’ve been terrific mates ever since and always knew that one day we’d create a meaningful business together. Many of our conversations revolved around new ideas and how we could add value to our friendship and the local community through a venture that would truly make a difference.

We both knew that sharing quality produce from one of the most magnificent places on earth, Kangaroo Island, was in our charter and so the oats were sown.

Steve is a third generation islander and knows “KI” like the back of his hand; growing up and living on a farm that was established by his father. After many years travelling the globe as a seafarer and master mariner, he and his wife, Lucy, and their four children now call this picturesque farm on the south coast of Kangaroo Island home.

Jeremy is the passionate business owner who values the high quality produce the Island can create and is on a mission to bring it to the world. Also previously a seafarer and master mariner, Jeremy grew up in a rural suburb in the hills of Perth surrounded by orchards and now lives with his wife Natarsha and their two children in Fremantle, Western Australia.

But it’s not just about us, it’s about you. Because as our customers you are part of our journey too.

All too often these days, we are overwhelmed with unhealthy choices and hidden nasties. And like never before, we need to be diligent about the type of nutrition we are taking in, so we can not only function at our best but so we can give moreback to our friends, family and community.

There are so many breakfast options available but we want our discerning customers to truly feel like they have a trustworthy and dependable choice when they start their day with Kangaroo Island Oats.

When you open your pantry, you’ll find a reliable and healthy mealoption in Kangaroo Island Oats.

Our customers lead very active and fun filled lives, and they’re incredibly conscious about what they consume and put into their bodies. They also deeply care about the environment around them and how it’s treated and respected.

We understand that life can be overwhelming and hectic and we offer a serene and nourishing moment, where we bring a little piece of Kangaroo Island right to your table — this is what we live for.

But it doesn’t stop with the end consumer. We’re motivated to be tirelessly supporting the Kangaroo Island community. Already we’ve been approached by long standing generational farmers and locals who can’t help but share their own dedication and support back. That’s when we know we’re on the right path and it gives us the confidence to succeed.

Our humble approach needs to be benefitting Kangaroo Island and its communities first and foremost, now and in the long term. We’re committed to helping others with their own success to continue the cycle of our community flourishing.

We stand by our collective belief of right and wrong and want to craft a business that actually adds worth to people’s lives. In short, we believe in giving back to people, to the land and to our community.

Kangaroo Island Oats is ethically conscious and our company existsto be a positive influence on the world.

Furthermore, we’re privately owned and one hundred per cent Australian. To demonstrate our commitment to sustainability, we’re running paperless where possible, plus incorporating low impact, sustainable farming and production practices.

Rich and wholesome, these mighty and hearty grains will bring you back to nature and help you feel healthier throughout your day.

With the highest quality produce born from the unique fertile land that is Kangaroo Island, our product is more than just a grain.

You can experience the wonders of a truly unique and pristine region from your pantry. Our grains are natural and sustainable— from the way we farm to being able to trace precisely where our oats are derived from. We’re a tight knit community and together we pour our love for food, health and a clean environment into our ethical approach.

The wildly stunning and world famous remote location of Kangaroo Island infuses the very essence of our products as well as our philosophy. There is a vitality to all that we do, born from a unique environment. The unspoilt land of Kangaroo Island can be experienced in every mouthful of our premium products that grow with the best of everything: fresh coastal air, clean water and a pristine natural environment. 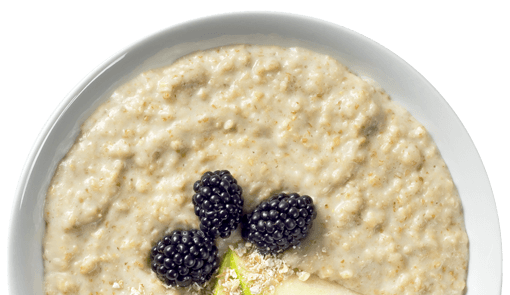